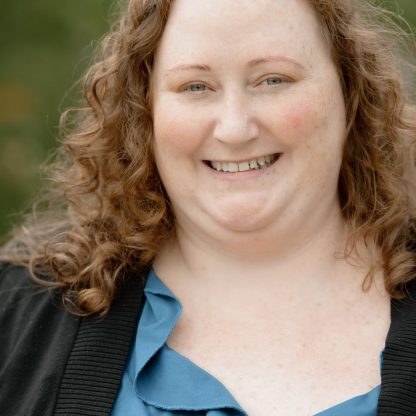 Quill West has been an open education leader and advocate throughout her career and currently serves as Open Education Project Manager at Pierce College, in the Puget Sound region of Washington State. As a librarian seeking to forward open education work, Quill has helped many institutions launch and sustain open education initiatives. She headed the Library as Open Education Leader project, which invited and trained librarians in Washington to become advocates for OER in their own institutions. She collaborates with colleagues to create, adopt, adapt, and support open education projects particularly where students shape the materials as they learn.

As a leader in open education, Quill believes in the importance of inviting new people into the field, which is why she dedicates much of her energy to talking with people new to open education in hopes that they will get involved. That interest in building stronger, more diverse, and more transparent open education community lead to Quill’s involvement in the Regional Leaders for Open Education (RLOE) initiative.

Quill served as the president of the Community College Consortium for Open Education Resources (CCCOER) for four years and is a current member of the CCCOER Equity, Diversity, and Inclusion Committee.